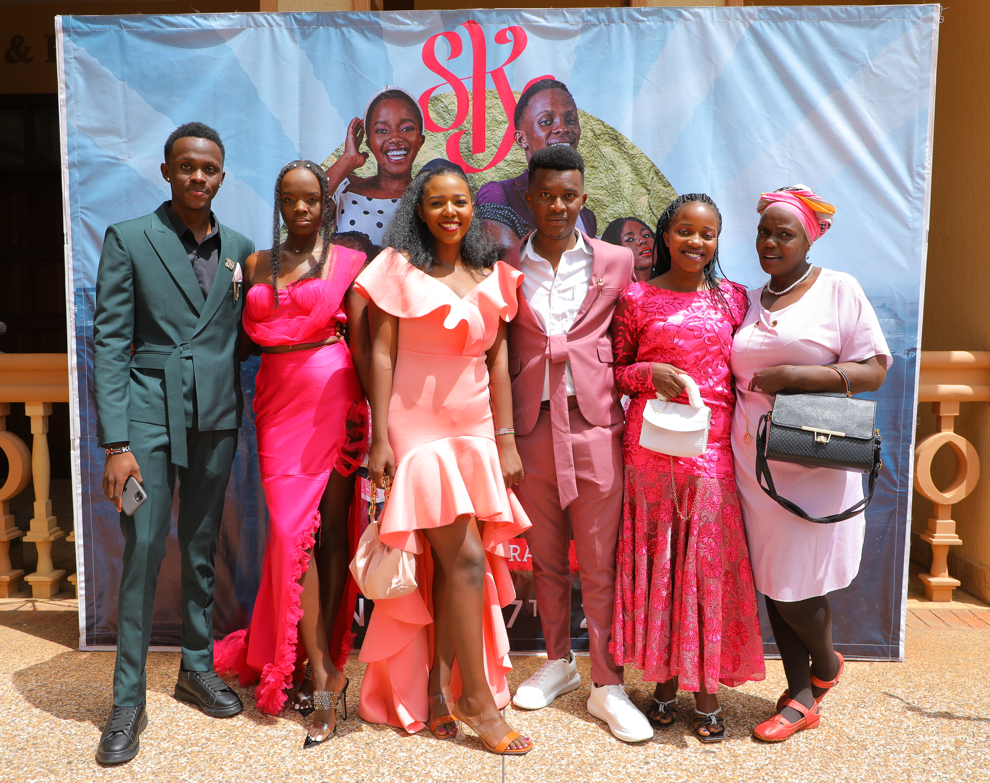 After the success of season one, social program SKY Girls Kenya has confirmed that the teen mini-series drama titled “PAA – BORN TO FLY,” starring an all-star Kenyan ensemble will be coming back this January 2023 for season 2. Season 1 of the drama, rose to much acclaim having been nominated for the Best Viewer’s Choice award at the Kalasha Film & TV Award 2022.

The second season of the show will chronicle the day-to-day life of the teenage characters living in the bustling capital city and coping with the everyday challenges of social pressure, sexual harassment, bullying, and self-identity crisis. Beyond this, season 2 delves deeper into consequential issues; tackling the subject of HIV and debunking the myths around it.

Davina Leonard, scriptwriter said, “After the reception of “PAA – BORN TO FLY” Season 1, we knew the girls of Kenya needed a Season 2; this time we get to know a different group of young adults in a different part of Nairobi. Everyone making this series has said the same thing in different ways: “I wish I had had Paa to watch when I was growing up.”

“The people in PAA Season 2 have different stories and struggles but the heart of the initiative remains: Stay True To You, no matter how hard that can sometimes be.” Added Davina.

Both in PAA and in reality, teenage girls are influenced positively and negatively by each other. By delving into the lives of teens the drama series aims to motivate girls to make healthy choices. SKY gives teenage girls a supportive community of peers. At its core the SKY program is about empowering young girls to make informed choices through its many facets including: the Facebook and WhatsApp communities, magazine, and a network of specialized services. From important topics such as smoking,  early sexual experiences or mental pressure SKY helps girls follow their passions and say no to the things they know they’re good without, ultimately resulting in lasting positive behavioral transformation.

The importance of a social program such as SKY cannot be understated:

Svetlana Polikarpova, SKY Girls KE Program director highlights “SKY Girls is an empowerment program for girls by girls. We co-create experiences and content that empower teen girls with the confidence they need to make the best choices for their lives.  In Season 1 of PAA, we walked the journey of a girl finding her identity in a new setting and the confidence she needed to stand up for what she believed in. Season 2 takes us to the hood, where we share in day-to-day life and struggles and how they navigate them. Through our characters, we aim to show girls how to make decisions that are true to them, build resilience to external pressures and navigate both toxic and positive relationships”

SKY Girls Kenya began its journey in August 2020 with a mandate to connect, educate and inform teenage girls between the ages of 12-19 years within greater Nairobi.

‘PAA – Born To Fly’ Season 2 will air from January 7th, 2023 every Saturday and Sunday on the @SKYGIRLSKE YouTube channel. Written by Davina Leonard and Soundtracked Emma Cheruto, PAA – Born To Fly is produced by Johny (Cash) Musingo through his production house An Outbox ventures.